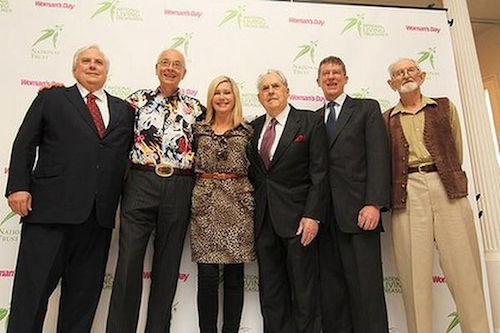 Iconic actress and singer Olivia Newton-John and pop princess Kylie Minogue have been named among a group of seven new National Living Treasures.

Ian Carroll, from the National Trust of Australia (NSW), said the group was chosen because they personified qualities all Australians should aspire to.

“Their generous and significant contributions have, like them, become part of our national heritage,” he said in a statement.