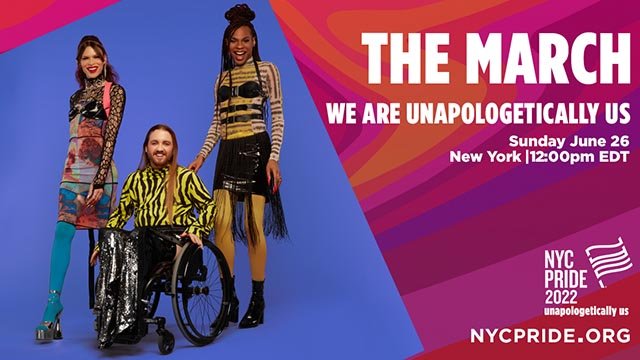 Ts Madison, Punkie Johnson, Schuyler Bailar, Dominique Morgan, and Chase Strangio will head this year’s celebration, with Angelica Ross returning for a second year as co-host and featured performer of the broadcast special on ABC-7.

“At a time when LGBTQIA+ people are under increased attack, the NYC Pride March is a beacon of hope and community,” said Bansri Manek, NYC Pride March Director. “Our grand marshals for this year truly embody the spirit of the theme for NYC Pride 2022, ‘Unapologetically Us.’ They have embraced their identities and used their platforms to help members of our community truly love and live their truth without fear or shame.” 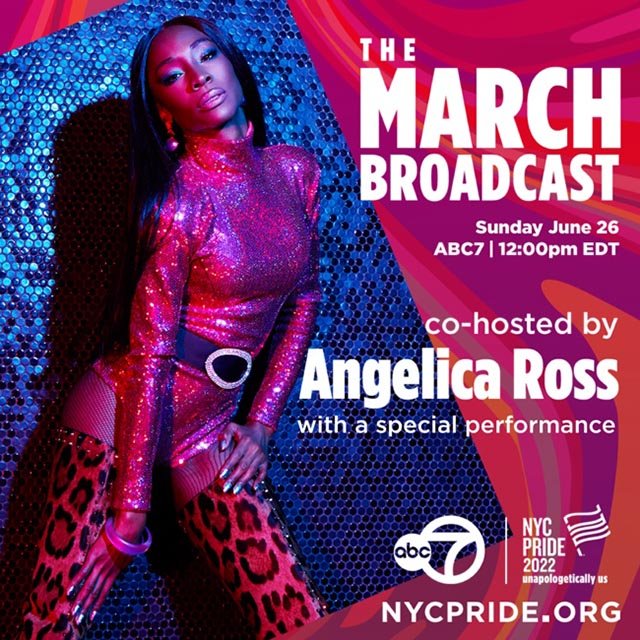 For more information about NYC Pride’s 2022 roster of events including the NYC Pride March, visit: www.nycpride.org.