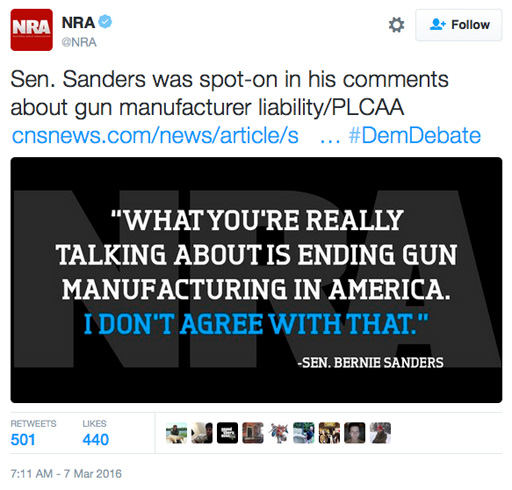 I’m not exactly sure this is the kind of support Sen. Bernie Sanders is looking for in the Democratic presidential primary season right now.

The National Rifle Association sent out the above tweet today after Sanders answered a question at the Democratic debate last night saying gun manufacturers shouldn’t be held liable for crimes committed by folks who legally purchase guns.

Sanders said during Sunday’s Democratic presidential debate that he didn’t agree with rival Hillary Clinton, who said that gun manufacturers should be held accountable if a crime is committed with their weapons.

“If I understand it and correct me if I’m wrong, if you go to a gun store and you legally purchase a gun, and three days later you go out and start killing people, is the point to hold the gun shop owner or the manufacturer of that gun liable? If that is the point, I disagree,” Sanders said. “If they are selling a product and the person who buys it legally, what you are talking about is ending gun manufacturing in America. I don’t agree with that.” 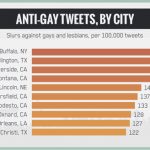 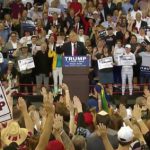 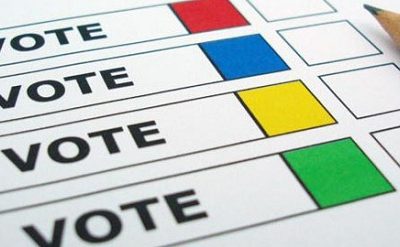 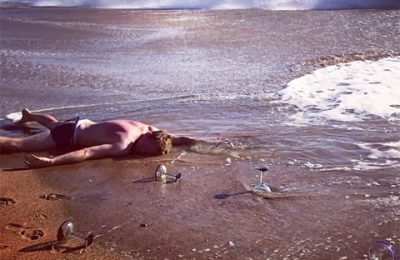 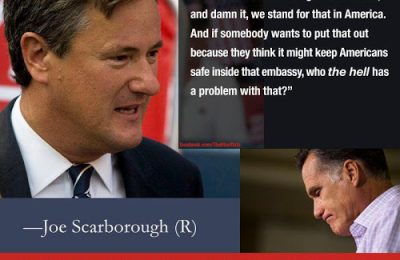