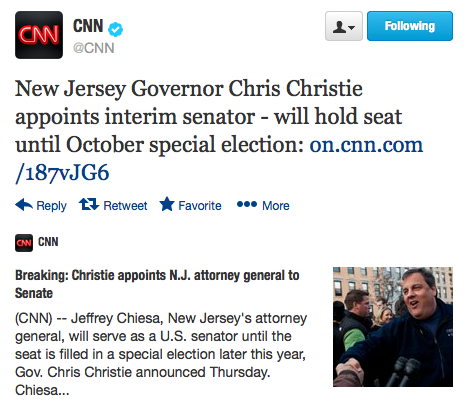 Christie’s announcement ended days of intense speculation over whom the Republican governor would appoint to serve nearly five months before voters elect a replacement for the 89-year-old Lautenberg, who died Monday.

New Jersey voters haven’t sent a Republican to the Senate in four decades.