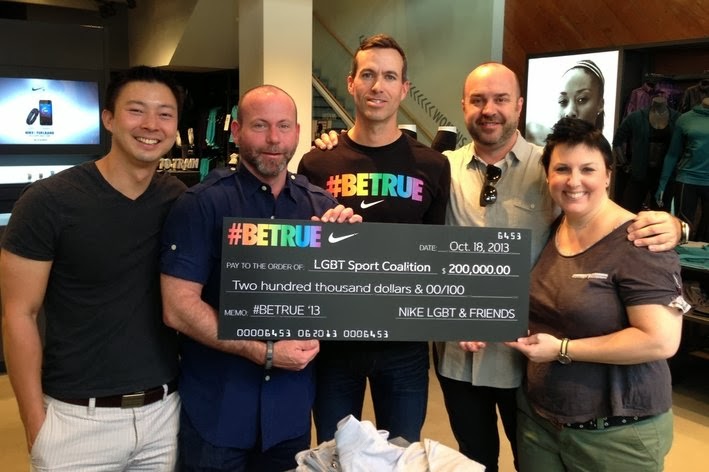 Nike has presented the LGBT Sports Coalition with a check for $200k to fund the projects of coalition members. The presentation was held this morning at the Nike Store at The Grove in Los Angeles.

For the last two years, Nike has held the LGBT Sports Summit in Portland, Ore., during the city’s Pride celebration. From this year’s summit emerged the formalized LGBT Sports Coalition, comprised of a couple dozen organizations and individuals dedicated to ending anti-LGBT bias in sports by 2016.

Earlier this year, Nike dedicated the proceeds from their 2013 #BeTrue line to the Coalition. According to Robert Goman, chairman of the Nike LGBT & Friends Network, the line of shirts and shoes sold better than expected, resulting in a much larger donation than anyone had expected.