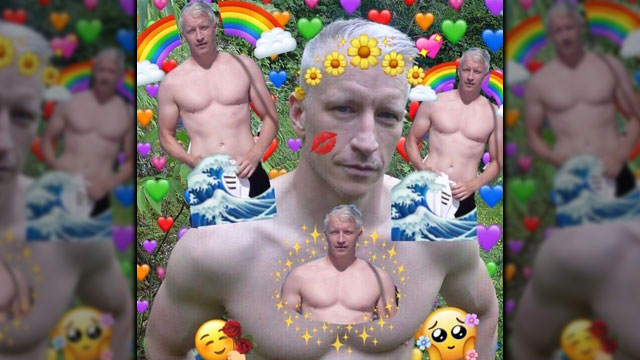 • The Advocate: Dictionary.com has replaced references to homosexual and homosexuality with gay, gay man, gay woman, or gay sexual orientation. Additionally, Pride is now capitalized and its own separate entry that refers to the celebration of LGBTQ+ identity and events that raise the visibility of the community. The website also added a host of other LGBTQ+ terms including ace, ambisextrous, asexual, biromantic, deadname, gender-inclusive, gender diversity, and trans+.

• ABC News: Russia has sought to “amplify” concerns over the integrity of U.S. elections by promoting allegations that mail-in voting will lead to widespread fraud, according to an intelligence bulletin obtained by ABC News. The warning was issued after finding with “high confidence” that “Russian malign influence actors” have targeted the absentee voting process “by spreading disinformation” since at least March.

Happiest #Pride from #HappiestSeason. 🏳️‍🌈 In theaters this Thanksgiving. Photo by: Lacey Terrell

• The Gaily Grind: A married youth minister, Thomas “Tommy” Callaway, who slapped a female reporter’s butt on live television as she delivered a report in Georgia has pleaded guilty to a sexual battery charge. The 44-year-old was sentenced to a year probation, 200 hours of community service, and fined $1,000 by a Savannah judge who accepted his plea for the misdemeanor count on Tuesday.

• USA Today: Rick Synder, former GOP governor of Michigan, endorses Joe Biden for president – “For years, I mentioned in most of my speeches the need to bring back civility to our nation. We will not continue to be the greatest nation in the world if we can’t get along among ourselves. We have only become more divided over the past four years. We need a leader who believes in civility and bringing Americans closer together.”

• Variety: Filming has been suspended in the United Kingdom on the upcoming movie The Batman as the star of the flick, Robert Pattinson, has tested positive for COVID-19.

• Instagram: Bravo’s Andy Cohen decided to have some fun sharing a shirtless pic of his buddy, CNN anchor Anderson Cooper, as a lighthearted way to rib his pal. But 2-time Academy Award-winner Sean Penn took things to another level as he celebrated the photo posting his own updated version including rainbows and hearts along with the caption, “Good morning to Twunk Zaddy Anderson Cooper and his tiny hard sharp nips.” #AforEffort