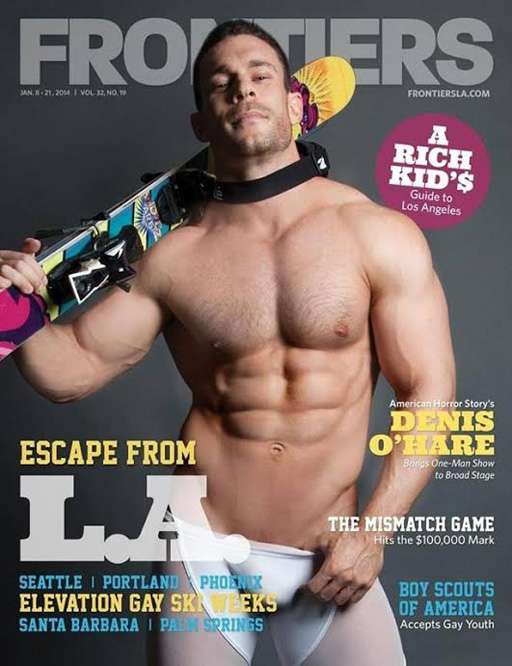 • Gay print magazines Frontiers and Next shut down as the publications’ parent company experiences financial difficulties.

• Former aide to New Jersey Gov. Chris Christie testified in court that not only did Christie know about “BridgeGate,” but he laughed as it was happening.

• The California state legislature has passed a law that prohibits state agencies from forcing their employees to travel to states that discriminate against folks based on sexual orientation or gender identity. North Carolina, we’re looking at you.

• Taco trucks in Houston are helping register new voters. Let’s get a truck on every corner!

• Arnold Schwarzenegger’s dad used to beat him as a child thinking the former body-builder was gay due to posters of his idols on his bedroom walls.

• Brian Anderson, retired legend in the hyper-masculine sport of pro-skateboarding, comes out – “Everything got better.”