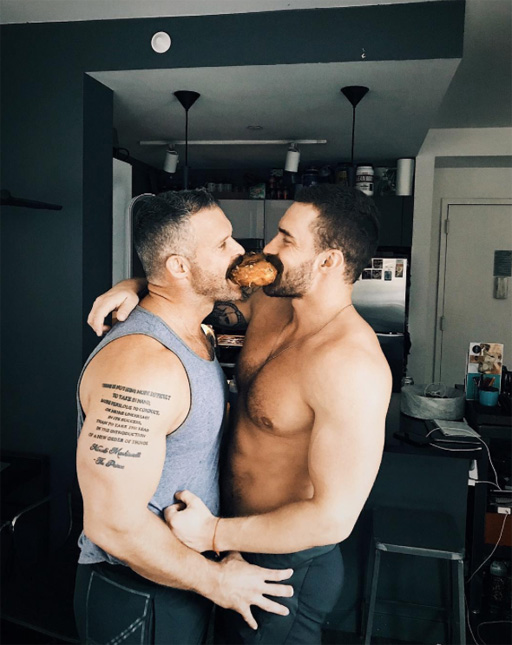 • I’d love to say the above looks just like how hot hubby Michael and I begin our mornings, but it kinda wouldn’t be exactly the altogether, absolute truth… 🙂

• Did you hear Little Richard has now denounced his years as a homo after coming out in 1995?

• A new Reuters/Ipsos poll shows Donald Trump’s support in rural America is eroding. Back in February, 55% of rural Americans approved of Trump, 39% disapproved. That’s now dropped to 47% approval, 47% disapproval. This is his base, and they are growing weary of his antics.

• Hey NYC – don’t miss the Ali Forney Center’s Annual Fall Gala “A Place At The Table” this coming Friday. The event is hosted by Tituss Burgess and honoring Lady Gaga and Congresswoman Maxine Waters. BUT – the main deal is supporting an awesome organization that helps at risk LGBT homeless youth.

• The Apprentice producer Bill Pruitt admits Donald Trump  used lots of racial slurs on the set of the now defunct reality show. Pruitt says he never called the Trumpster out because it wasn’t his job to do so.

• Check out the trailer for the upcoming Danseur, a documentary on young male ballet dancers. The clip description reads, “Unfortunately, not everything is beautiful in ballet. Young boys are often verbally, physically abused and bullied. These are their stories.”