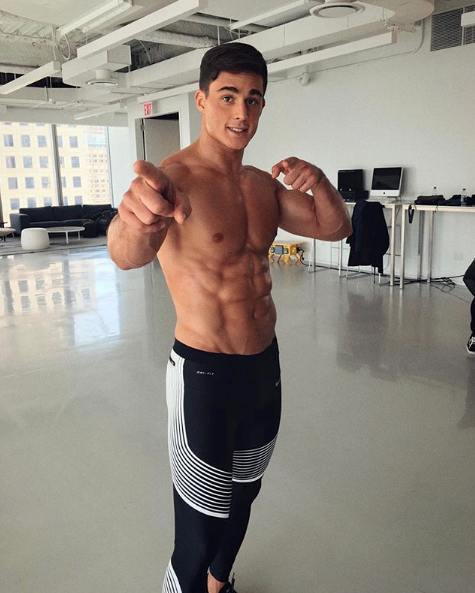 • I would love to have abs like “World’s sexiest math teacher” Pietro Boselli (above), but I like my food too much. So, let’s just look at him 🙂

• Anti-LGBT gay basher Kathryn Knott, who went to jail for the violent beating of Andrew Haught and Zachary Hesse in the Center City area of Philadelphia in 2014, has settled a civil lawsuit with the men she helped land in the hospital. Knott and her co-defendants Kevin Harrigan and Philip Williams have apparently agreed to a large six-figure settlement in order to avoid a court battle they’ve already lost once.

• In related Roy Moore news, Senate Majority Leader Mitch McConnell is floating the idea of Attorney General Jeff Sessions, who used to hold the senate seat in Alabama, being a write-in candidate in next month’s election in an attempt to keep Moore out of the U.S. Senate. I wonder how Jeff Sessions feels about that?

• According to a new Morning Consult/Politico poll, former Vice President Joe Biden would easily beat Donald Trump 46%/35% should the Democrat decide to run for president in 2020.

Cheers to #Australia who voted with a resounding YES! for #MarriageEquality! Can’t wait to celebrate with you in January. 🏳️‍🌈

So Margaret Court now says there will be no more Christmas or Easter, nor Mother’s and Father’s Day in Australia, all because of Same Sex Marriage. Au contraire Margaret- us gays love parties, especially the boys:), and we just might have 2 Mother’s days and 2 Father’s days:)