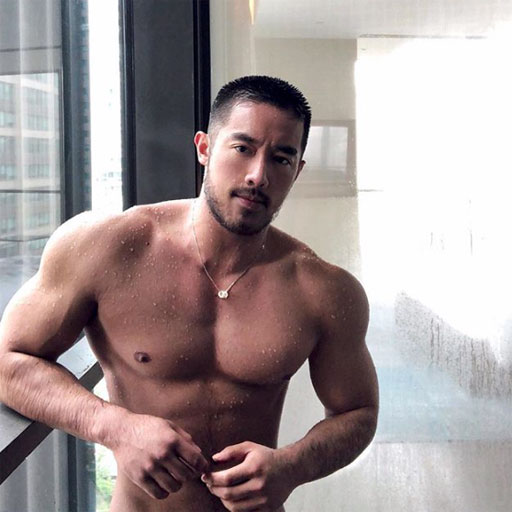 Some news items you might have missed this holiday weekend:

• InstaHunk Ace Cee (above) shares wisdom for the day: “Save water, shower together…”

• Check out the Australian hunk who just won Mr. Gay World 2018. Jordan Bruno hopes to use his title to address issues within the LGBTQ community like femme shaming, body issues, and lesbian discrimination at pride festivals.

• New York Police Department officers are in hot water over posing with a male stripper in just a G-string and boots.

• Democratic Senator Joe Manchin of West Virginia, considered the most vulnerable of Dem senators up for re-election this fall, leads his GOP opponent by 12 points in a new poll.

• A gay high school valedictorian, barred from giving his graduation speech because he used the phrase “the young people will win,” gave his speech anyway via a bullhorn. His school officials claimed the phrase, coined by the high school students in Parkland, Florida, was “too confrontational.”

• With Pride Month just days away, learn how the word “gay” shifted in meaning from “happy” to “homosexual from the folks at Origin of Everything: