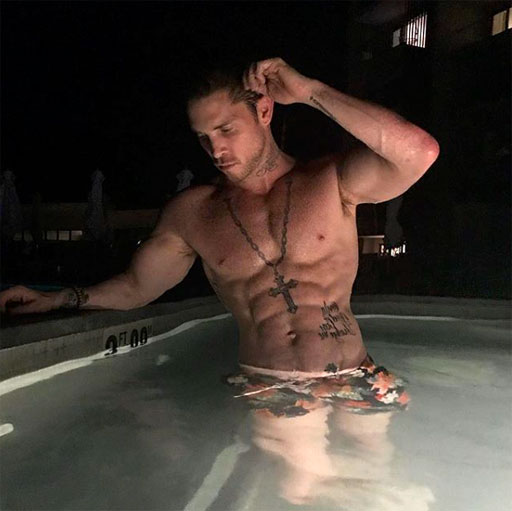 • Canadian dancer and choreographer Blake McGrath looking chill in Miami Beach (above). Check out his Instagram for videos of his ah-mahz-ing choreography.

• Netflix’s series 13 Reasons Why has come under fire for a controversial, graphic male rape scene.

• A Boy Scout and his dad were kicked out of a hardware store because the store employee doesn’t “support homos.”

• One of the gay men Kentucky County Clerk Kim Davis refused to issue a marriage license to in 2015, David Ermold, lost his bid to challenge Davis for her office.

• A federal judge in Virginia has sided with transgender student Gavin Grimm over the rights of trans students to use the bathroom that aligns with their gender identity.

• The NFL has announced a new policy that will fine teams an undetermined amount if players on the field fail to stand during the national anthem played before the start of the game. Players who wish to protest will be allowed to remain in the locker room.