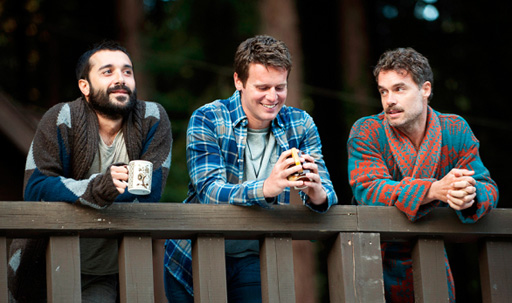 • HBO will premiere the “wrap-up movie” of it’s now-cancelled gay series Looking July 23rd at 10PM.  I was a big fan of the series, so I’ll definitely be watching 🙂

• 72% of New Jersey Gov. Chris Christie’s own constituents don’t want to see him be Trump’s veep pick. With friends like these…

•Donald Trump says he would “protect all people” in the same breath he mentions he would rescind President Obama’s historic directives protecting transgender folks from discrimination. But he loves everyone, don’t you know…

• Frequent homophobe Azealia Banks got her butt booted from Twitter for her homophobic/racist rant on former One Direction member Zayn Malik.

• Ted Olson, who successfully argued for the demise of California’s Prop 8, has been brought on to author an amicus brief in support of the Department of Justice’s lawsuit challenging North Carolina’s hateful HB2 law.

• Hillary Clinton calls for the decriminalization of HIV. Just one more reason why #ImWithHer