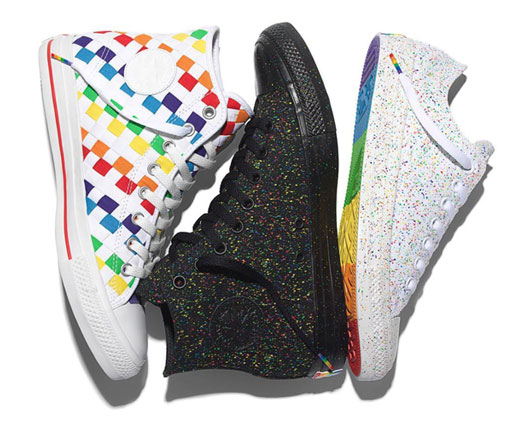 • My hubby Michael Caprio had “a moment” with the handsome Michael Sam (pic above) at the Las Vegas Human Rights Campaign gala this past Saturday night.

• The U.S. Supreme Court refuses a case that could have sabotaged the Obama administration’s transgender policy.

• RuPaul explains drag culture to ABC News: “There are aspects of your personality that you don’t even know about until you get into drag.”

• Rep. Alan Grayson becomes the first U.S. congressman to use the term “cisgender” on the floor of the House of Representatives.

• Madonna’s REBEL HEART TOUR is getting a Blu-Ray/DVD release sometime around July!

• Just in time for LGBT Pride month, Converse debuts it’s 2016 Pride Collection. We got your high tops, your low tops, your black, your white… #DiversityRocks