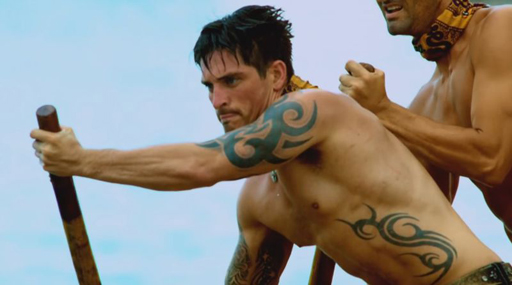 • Yes, the new season of CBS’ Survivor began last night. And yes, I watched (big fan). And yes, I have a favorite – the hunky Caleb (above). #woof #TeamCaleb

• Even though the Congressional Budget Office has yet to return a report on the newly introduced American Health Care Act, meant to replace the Affordable Care Act, the two House committees designated to debate and markup the legislation have already approved the legislation to the full House. For comparison, Obamacare took six months from introduction to signing into law.

• Boston’s Mayor Walsh has announced he will not march in this year’s St. Patrick’s Day Parade in light of parade organizers booting LGBT veterans group OutVets from the parade after allowing the organization to march the past two years.

• Utah lawmakers have passed legislation that would repeal the state’s “no homo promo” law. All eyes on Gov. Gary Herbert to see if he signs the bill. Stay tuned.

• Despite the howls of conservatives over a rumored “gay” storyline in the upcoming live-action remake of Disney’s Beauty and the Beast, film industry insiders are predicting the flick will break March box office records.

• Watch below as Congresswoman Maxine Waters tells MSNBC that the unverified allegations of compromising video footage of President Trump with Russian prostitutes are “absolutely true.”