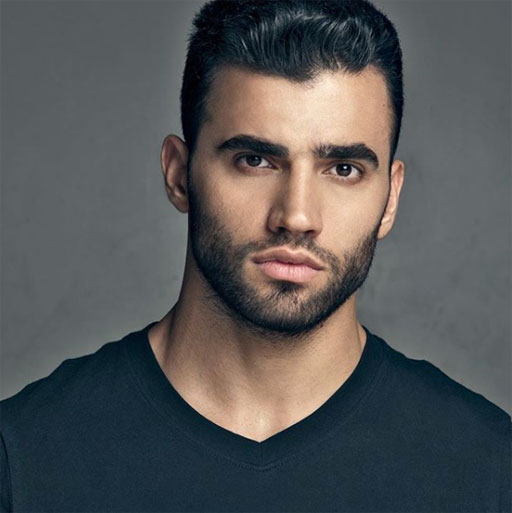 • Hat-tip to Towleroad for pointing up InstaHunk Ammar Alkatib (above). How about that face??? About all I know is he lives/spends time in Madrid and is uber-handsome. Imma gonna just sit here and stare at that gorgeous face, m’k? #WOOF

• During the after show of Watch What Happens Live last night, out Olympian Adam Rippon was asked if there was anything to the rumors that figure skater-turned-announcer Johnny Weir might have been jealous of the attention Adam received at the PyeongChang Olympics. Check out Adam’s answer below as he makes it clear he’s not looking for Weir’s job.

• Congresswoman Nancy Pelosi paid a visit to RuPaul’s Drag Race and praised the queens: “You’re an inspiration, I hope you know. Because you really know your power. It’s about taking pride, and you take pride in yourself when you know your power.”

• New Hampshire’s House of Representatives passed HB 1319 which would prohibit discrimination based on gender identity in employment, housing, and places of public accommodation. The bill, HB 1319, now heads over to the state Senate.

• Out singer/songwriter Calum Scott recently teamed up with 3-time Grammy nominee Leona Lewis for a duet version of his hit single, “You Are The Reason.” Check out the newly-released music video below. Scott’s debut album, Only Human, drops on Friday.