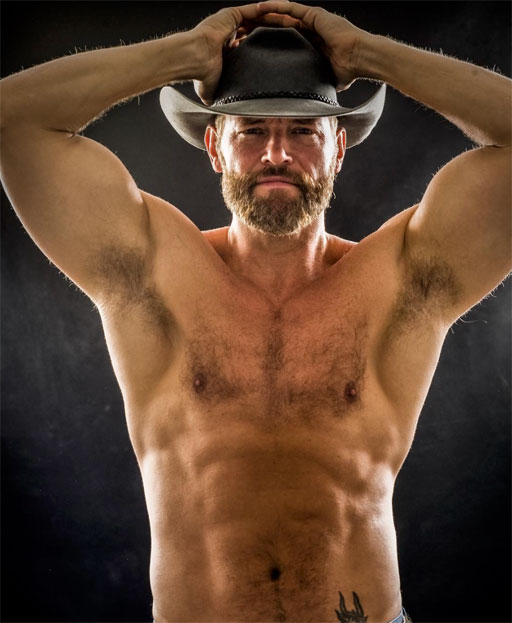 • NYC actor/singer Jim Newman (above) is giving you serious cowboy, which makes total sense as he’s the “Cowboy” in a very famous disco band. Wanna guess which one? #SaveAHorse

• Legislation that would give same-sex couples the right to marry in Northern Ireland has advanced to a second reading.

• A father had his girlfriend rape his 11-year-old autistic son because he was afraid the boy was gay. Both father and girlfriend have been convicted and face life in prison. #LifeInPrisonSoundsRight

• We could see over 150 LGBTQ candidates in elections this fall as members of the tribe run for national, state and local office.

• Congress may be fixated on Facebook for data breach during 2016 election, but Donald Trump is apparently obsessed with Amazon. I’m sure it has nothing to do with Amazon CEO Jeff Bezos also owning The Washington Post.

• Speaking of Trump, it looks like the bloom is off the rose as far as former Trump fan Ann Coulter is concerned. She told an audience of college Republicans last night, “I knew he was a shallow, lazy ignoramus, and I didn’t care.”

• With over $24 million in box office in two weeks, coming-of-age/coming-out film Love, Simon ranks in the Top 25 highest grossing teen romance movies of all time.

• Bonus Love, Simon: Keiynan Lonsdale, who plays one of the love interests in the hit gay teen comedy and came out as bisexual last year, just dropped a new queer love anthem, “Kiss the Boy.”

The song will be included on an upcoming album from Lonsdale.

Check out the lyric video below which is off-the-charts in its awesome diversity.