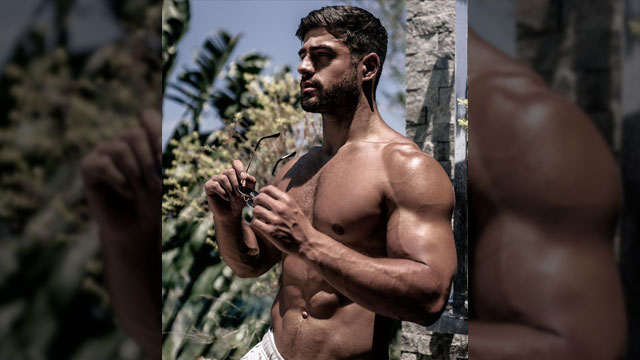 • InstaHunks: Woofy Dan Tai (above) asks, “So, you ever just have those days when you’re super productive? It was one of them! How was your day?” How about you, readers? Amid all this self-isolation, do you feel like you’re getting some of those tasks you’ve put off accomplished?

• CBS News: As unemployment claims surge, Starbucks CEO and President Kevin Johnson announced this week his commitment to pay all workers in the U.S. and Canada for the next 30 days, regardless of whether they come into work or the stores they work at temporarily close.

• Song of the Day: For some reason, this song by Barbra Streisand, released in 1981, has been “coming in and out” of my mind as we all self-quarantine. Gorgeous vocals and it reminds we’ll all be back in each other’s lives in real person soon. Please take a moment to hit play and chill.

• People: In his new book, The Bachelor star Colton Underwood revealed that he questioned his sexuality through his teen years, after relentless bullying from teammates. Underwood says he remembers searching online “Am I gay?” as far back as Elementary School.

• BBC: The Prince of Wales has tested positive for coronavirus, Clarence House has confirmed. Prince Charles, 71, is displaying mild symptoms “but otherwise remains in good health.”

• Hollywood Reporter: In 2018 and 2019, booking Secretary of Education Betsy DeVos was a top priority for producers at Fox News. So much so that one Fox News producer sought to reassure Devos’ press secretary that host Maria Bartiromo would go easy on the Secretary if she sat for an interview, which she did six days later. “Ps remember any question she doesn’t feel comfortable answering — she can choose to not answer and pivot the topic. This will be an easy interview and enjoyable.”

• Gaily Grind: President Trump used his daily White House coronavirus briefing on Wednesday to rail against the press and Democrats, arguing that the main reason they oppose his idea to potentially reopen businesses by Easter is that they want the economy to fail to hurt his reelection prospects. #srsly Check out the exchange with CBS News journalist Paula Reid below.

“I think it’s very clear that there are people in profession that write fake news. You do” — asked about public health experts saying his push to reopen the country by Easter is a bad idea, Trump goes on the attack against a reporter pic.twitter.com/R04DBCuQxT