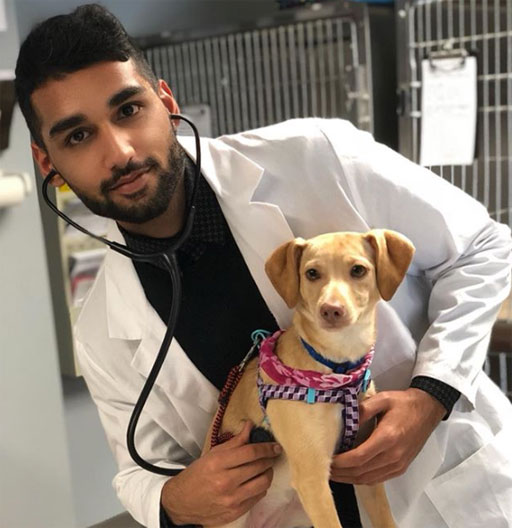 • I spent part of today getting my pretty girl pup Tyler checked out at the vet today (regular check-up). So this pic of vet student Aman (above) totally caught my eye. My vet doesn’t look like this at all. #WOOF

• Attorney George Leontire, who worked on the legal defense team for Aaron Hernandez, says in a new documentary his client was “clearly gay” adding, “I think that he also came out of a culture that was so negative about gay people that he exhibited some self-hatred.”

• Emmy Award winner and openly bisexual Cynthia Nixon has announced she will run against Gov. Andrew M. Cuomo in the Democratic primary later this year.

• Legislation has been launched which aims to prohibit “conversion therapy” in Ireland.

• Vice President Mike Pence was greeted during the St. Patrick’s Day parade in Savannah, Georgia, with lots of Pride flags raised in opposition to his anti-LGBTQ history.

• We get our first look at Renée Zellweger as Judy Garland for the upcoming bio-pic Judy from the BBC: