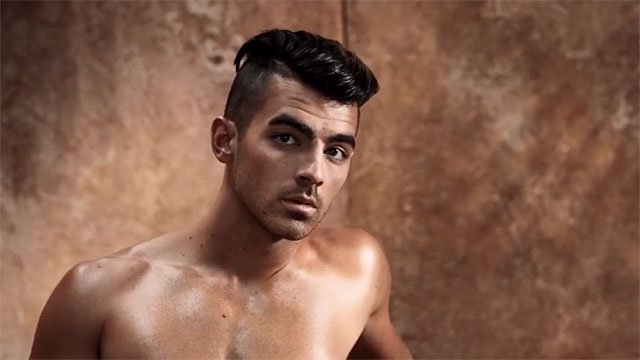 • The Jonas Brothers have a new song (check it out below) which reminds me of that time Joe Jonas (above) starred in an ad campaign for GUESS.

• Drag series Canada’s a Drag will return for a second season.

• Mike Pence says he couldn’t be more proud of his wife teaching at an anti-LGBTQ school.

• The mayor of Fairbanks, Alaska, vetoed legislation that would have protected LGBTQ people from discrimination.

• If you wanted to see this year’s ‘Hottest Chorus Boys on Broadway,’ you could click here for a peek.

• Meghan Markle and Prince Harry plan to raise their child in a gender-neutral nursery and environment.

The first round of Jonas fame was a bit too young/teeny bopper for me, but now that the guys have grown up (and so well, may I add?) I’m happy to give them a peek.

The good news is the new track is a catchy pop bop that’s easy to listen to, and the video is fun with the guys and their wives/significant others playing house in a huge Edwardian mansion.

They’ve taken some plot points from the recently Oscar-nominated The Favourite, but I’m not getting bogged down in that while Nick, Joe and Kevin offer such ‘easy on the eyes’ candy.