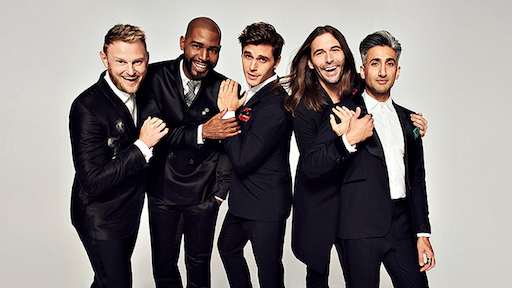 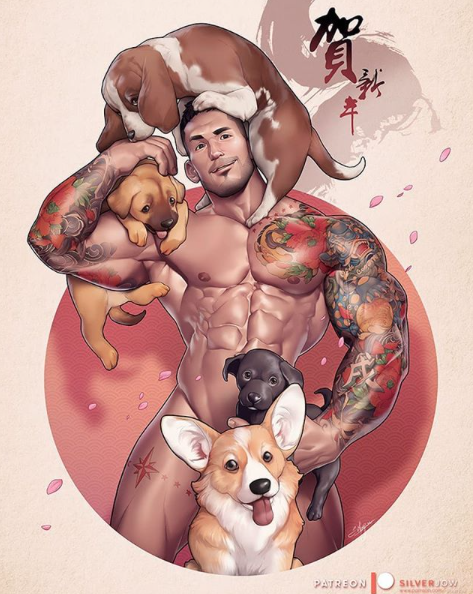 • Awesome illustrator Silverjow (above) reminds us that this is the lunar year of the dog! Make sure you check out his totally woofilicious art on Instagram.

• Washington state will be next to ban so-called “conversion therapy.”

• Donald Trump says we need more teachers with guns in schools. And then yesterday, an actual teacher with an actual gun went nuts at a North Georgia high school. I guess that answers the question, “What could possibly go wrong?”

• Four-time married Kentucky County Clerk Kim Davis has laughably penned a book about her “courage” to stand up for “traditional marriage.” You’ll recall she refused to issue marriage licenses to same-sex couples due to her “deeply held religious beliefs” about marriage. #SanctityOfMarriageMyAss #ROTFL

• Out Olympian Adam Rippon has been invited to the Oscars!

• Actor Lee Pace, who plays “Joe Pitt” in the Broadway revival of Angels In America, kinda-sorta comes out in an interview with W Magazine.

•  A new Suffolk University/USA Today poll shows 47% of Americans would vote for a Democrat today versus 32% who would vote Republican. This is the third recent poll to show Dems with double-digit lead in upcoming 2018 mid-terms.

• Donald Trump’s proposed budget cuts $6.8 billion from the US Housing department budget. But they’ve still got enough scratch hanging around to buy HUD Secretary Ben Carson a $31,000 dining table for his office.

• The new “Fab 5” from Netflix’s Queer Eye offer their advice on how to throw a – what else? – FAB Oscar party.