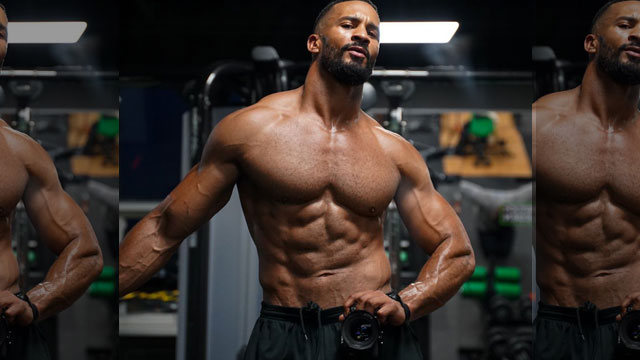 • InstaHunks: Woofy Joel Green (above) offers some good advice this Monday – ‘Do not give your past the power to define your future.’ Follow him on Instagram here.

• Amazon Prime: The streaming video platform has curated a collection of LGBTQ films, documentaries, and television series all in one place for you to peruse including Rocketman, The Handmaiden, The L Word, RuPaul’s Drag Race and more.

• Provincetown: The Massachusetts LGBTQ getaway is open for business just in time for Pride Month. The announcement by Governor Charlie Baker of Phase 2 of the reopening, effective today, allows lodging, restaurants, and retail to open under newly eased and specific guidelines mandated by the Commonwealth of Massachusetts.

• Out: Oregon State Head Coach Jonathan Smith dismissed sophomore football player Rocco Carley after learning he’d used racist and homophobic language in a recently discovered audio recording. Smith, along with the school’s Athletic Director Scott Barnes, agreed on booting Carley from the team saying what they heard was “entirely unacceptable, regardless of the circumstance or environment.” Carley has issued an apology saying – like just about everyone who finds themselves in this predicament – the recording doesn’t ‘represent’ who he is today.

• The Advocate: L.A. Pride organizers have stepped away from the previously announced Black solidarity march after the event came under fire for its involvement with law enforcement. Some activists noted that any partnership with cops is counterintuitive to the purpose of the protests taking place in response to the killing of George Floyd, police brutality, and race-based violence. Pride organizers say they are “in full support” of the new protest, which is now named the All Black Lives Matter March.

• New Music: Dig the super-catchy new single from pop-rock band Neon Trees, “New Best Friend,” from the band’s upcoming album, I Can Feel You Forgetting Me.

“They call me crazy, but crazy’s my new best friend.”

“’New Best Friend’ is about embracing the crazy that lives within all of us,” shared out frontman Tyler Glenn. “The nostalgic highs, the unflattering lows, and the beautiful messiness of being human. I’ve realized that there are memories with people that have come and gone in my life, and while I reminisce on those moments, ultimately at the end of the day I’m still left with myself.”