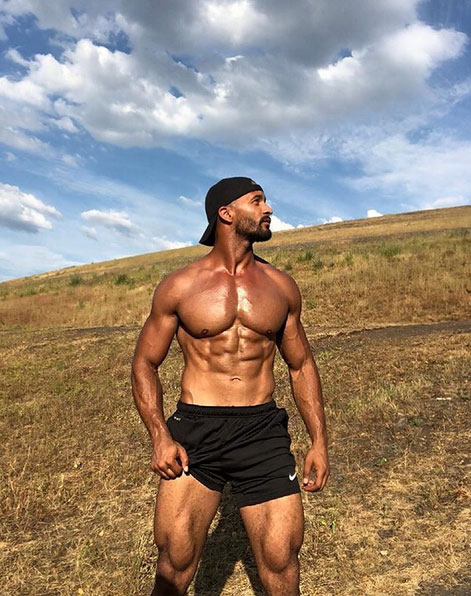 • Now why don’t any of my hikes come across folks like InstaHunk Joel Green? #NatureDoesAGuyGood

• The documentary Scotty and the Secret History of Hollywood, which chronicles the life of Scotty Bowers who procured “dates” for movie stars back in the Golden Age of Hollywood, scored big at the box office in it’s first weekend.

• Donald Trump’s lawyer, Rudy Giuliani, told the hosts of Fox & Friends that “collusion is not a crime.” #ItsCalledTreason

• Deonton A. Rogers faces several serious charges for the non-fatal shooting of a 29-year-old trans woman in Detroit. Rogers made a lewd remark to her, but when he realized the woman was transgender, he initiated a fight. But the woman fought back; that prompted Rogers to pull out a gun and shoot the woman in the shoulder before fleeing the scene. The victim has since made a full recovery, and lucky for her, the entire incident was caught on security cameras.

• Hundred of mourners showed up for the funeral of Anthony Avalos, the 10-year-old boy who died having endured years of physical abuse and had come out as gay just before he was killed.

• Olympic medal-winning figure skater, Adam Rippon, announced this morning that he will be joining the panel of judges for “Dancing With The Stars: Juniors.” Rippon won season 26 of the reality show with pro partner Jenna Johnson.

So excited to announce that I will be judging this season of Dancing With The Stars: JUNIORS 🌟 along side my friends, @iamvalc and @nopenother. The show premieres October 7th on @abcnetwork 🕺🏼💃🏼
A post shared by Adam Rippon (@adaripp) on Jul 30, 2018 at 6:56am PDT