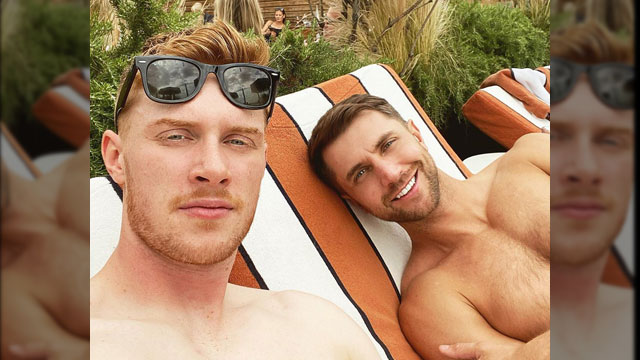 • Instinct Magazine: Actors Max Parker and Kris Mochrie, who play brothers Luke and Lee Posner on the hit British soap Emmerdale, are dating. Oh, the scandal of it all! The couple posted the photo above with the caption, “London lads lazily lounging.”

• The Advocate: Amid mounting reports of a toxic workplace culture behind the scenes at The Ellen DeGeneres Show, WarnerMedia has launched an internal investigation that will be spearheaded by the company’s employee relations group and a third-party firm. A recent Buzzfeed story painted a damning picture of workplace culture on DeGeneres’s show asserting “racist comments, actions, and microaggressions.” 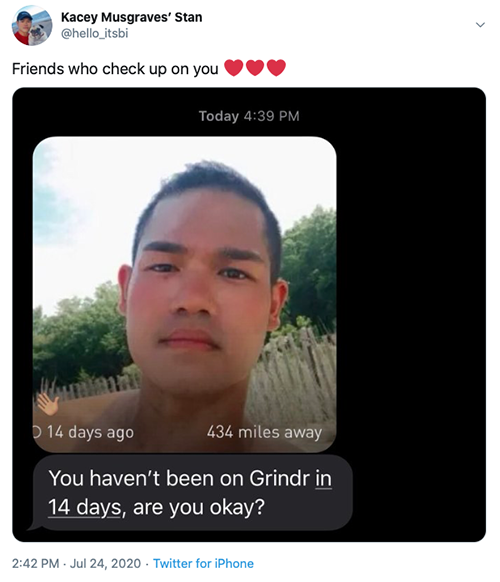 • Edge Media: The world’s biggest COVID-19 vaccine study got underway Monday with the first of 30,000 planned volunteers helping to test shots created by the U.S. government and Moderna Inc.

• CNN: Sinclair Broadcast Group, which owns 193 local TV stations, somehow found the good sense God gave a goat and dropped the idea of airing a segment featuring a conspiracy theory that suggested Dr. Anthony Fauci, the nation’s top infectious disease expert, was responsible for the creation of the coronavirus.

• The Atlantic: Bernie Sanders campaign co-chair Nina Turner told journalist Peter Nicholas she has no appetite for voting for former Vice President Joe Biden: “It’s like saying to somebody, ‘You have a bowl of shit in front of you, and all you’ve got to do is eat half of it instead of the whole thing.’”

‘It’s like saying to somebody, ‘You have a bowl of shit in front of you, and all you’ve got to do is eat half of it instead of the whole thing.’ It’s still shit’https://t.co/MMscEFkRhn