• The Advocate: Sen. Tammy Baldwin (D-WI), the first out member of the U.S. Senate, spoke up when Sen. Marco Rubio (R-FL) called the Respect for Marriage Act a “stupid waste of time” in an elevator encounter.

• Out: When a bitter troll on Twitter tried to tell the band that they need to “shut up and sing,” like another famous country music group, the Brothers Osborne clapped back in the best way possible.

There are literally politicians who are actively motivated to ensure that one of us isn’t allowed to marry. But we must stay muzzled because we “sing songs, bro”. Good riddance, douche. https://t.co/nSAJZGrlfn

• New York Times: Five take-aways from last night’s prime time hearing by the House select committee investigating the violent January 6 invasion of the Capitol including the news that Vice-President Mike Pence’s Secret Service were making ‘good-bye’ calls to family out of fear for their lives.

A man spotted at the January 6th hearings has been called "Clark Kent" online, and TMZ has learned his true identity. https://t.co/hj5NjX9udE

• Instinct Magazine: Kate McKinnon, the longest serving female cast member on Saturday Night Live, shares why she made the choice to leave the show.

• Kenneth-in-the-212: Don’t miss Kenneth’s round-up of the what’s what in LGBTQ publications like Georgia Voice throwing a spotlight on our beloved fur-babies. 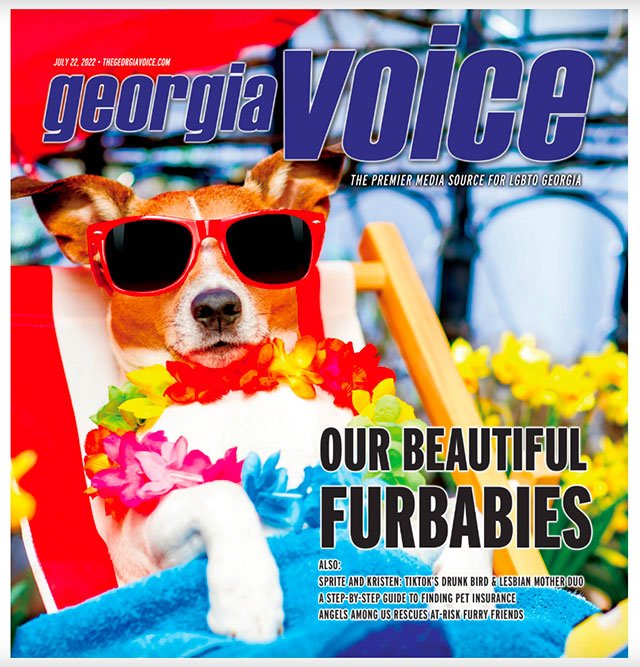