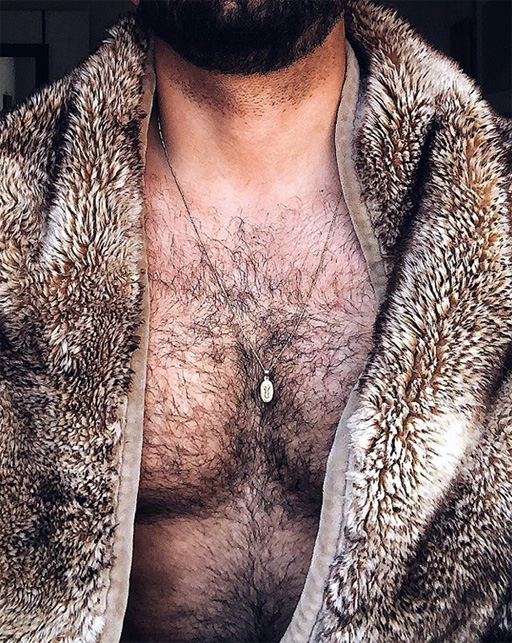 • With the northeast freezing in record cold temperatures, I think InstaHunk David Lopez (above) has just what folks need to keep warm 🙂 #FurTrap

• One of four men who used gay dating app Grindr to perpetrate hate crimes in Texas last year has been sentenced to 15 years in prison. His three cohorts are awaiting sentencing.

• According to Michael Wolff’s new blockbuster book, Fire and Fury: Inside the Trump White House, Donald Trump tweeted his ban on transgender military service members just minutes after being presented with four different options to consider in terms of changing the current policy. The briefing was meant to be a preliminary meeting.

• Howard C. Nielson Jr., nominated by Donald Trump to be a judge on the U.S. District Court in Utah, doesn’t think gay judges should be allowed to hear LGBT-centric cases. Following that logic, Nielson shouldn’t be allowed to hear cases involving straight people. Or white people. Or assholes.

• I hate to remind you, but there are simply terrible people in the world that hate the LGBT community. Like virulently anti-gay Linda Harvey who told radio listeners recently that Christians must work to “re-horrify people about the sin of homosexuality.” #Seriously

• You know what else warms up a cold Saturday? Chippendales star James Davis… 🙂