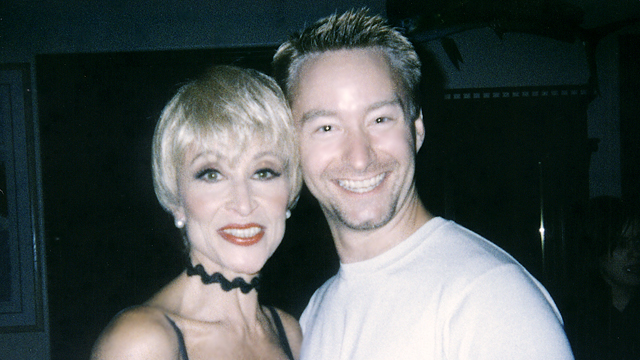 • Happy Birthday: Sending the biggest birthday wishes to Broadway legend Chita Rivera (above) who turns 88 years young today. I was thrilled to work with the singular sensation during one of my many chapters with CHICAGO the Musical. #HappyBirthdayToYouuuuuuuuuuuuu

• BosGuy: It’s Furry Friday every week on the veteran LGBTQ blogger’s site and we’re always so much the better for it. Hit the link 🙂

• Instinct Magazine: President Biden’s new Secretary of Defense, Lloyd Austin III, announced during his confirmation hearing that he is definitely in favor of Biden’s plan to reverse the woeful ban on transgender military service members. “I support the president’s plan to overturn the ban.”

• The Advocate: President Biden’s nominee for secretary of State, Antony Blinken, says he will appoint an envoy for LGBTQ+ rights and allow U.S. embassies around the world display the LGBTQ+ Pride flag without restrictions.

• Washington Post: Federal law enforcement officials are privately debating whether they should decline to charge some of the individuals who stormed the U.S. Capitol out of concern that hundreds of such cases could swamp the courts. Some federal officials have argued internally that those people who are known only to have committed unlawful entry — and were not engaged in violent, threatening or destructive behavior — should not be charged.

• Edge Media: Watch this mom take credit for her OnlyFans star son’s ‘biggest asset.’ “Of course I’m proud. I’m your #1 fan. I’m always upbeat, you know that. I made that dick, I want a percentage.”