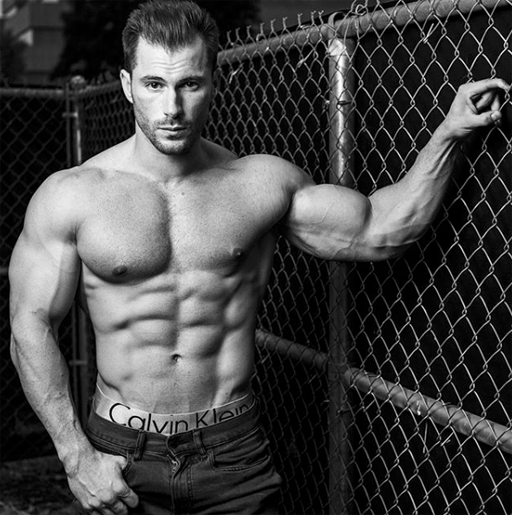 • Fitness model Quin Bruce (above) is giving you biceps for days. Ok, so a LOT for days…

• This Republican candidate for Texas governor told Facebook that he would “gladly execute” gay people.

• A lesbian couple and their two kids were the victims of a savage murder in upstate New York.

• Kenneth-in-the-212 has a regular series of posts on “Hunks of House Hunters” because haven’t we all noticed the many handsome home seekers on the popular HGTV series?

• The Oregon Court of Appeals has upheld the Oregon labor commissioner’s decision that Christian bakers Melissa and Aaron Klein must pay $135,000 in damages to the lesbian couple they denied a lesbian couple a wedding cake.

• These shirtless guys working out in the snow has to be seen to be believed. Titled “Twisted Snow” in a post by Powerlifting Motivation, the video features “powerlifting” with dry humping in the falling snow. I think some folks will find this just a bit amusing 🙂