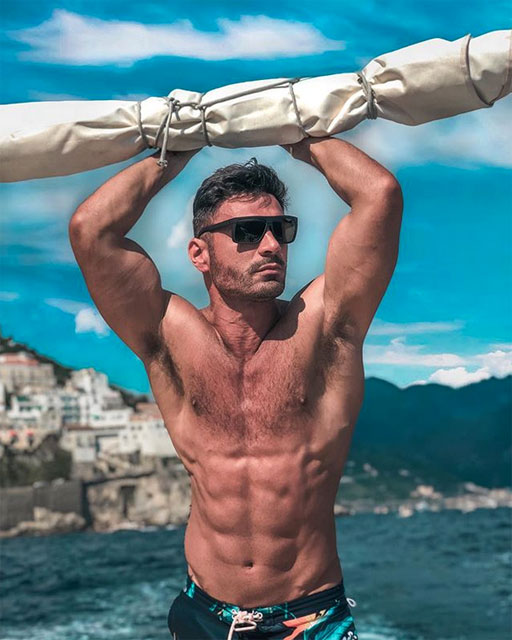 • One of my fave InstaHunks, Rodiney Santiago, is currently chronicling his journey through Italian islands where I was just two weeks ago! You have to click over and check out his gorgeous vacay pics. #MyTimingWasOff

• Pro-football player and convicted murderer Aaron Hernandez reportedly came out to his lawyer before committing suicide in 2015.

• A self-identified Ku Klux Klan leader in Maryland has been sentenced to four years in prison for firing a gun into a crowd at the 2017 Nazi rally in Charlottesville.

Annie, The Music Man, Promises, Hairspray… Craig, you were there with me from the beginning. This is a true loss not only for me, but for the world. Rest in peace, sweetheart. pic.twitter.com/tl2rEtMNBM

I am shocked and saddened to hear of Craig Zadan’s passing. We collaborated on several projects…and he was always a joy to work with. His kindness and his creativity will surely be missed.

So much is going on in all our lives, but I do want to note the death yesterday of a wonderful man and a great friend, Craig Zadan, who was utterly devoted to restoring the American musical to its rightful place in our hearts. Thank you, Craig…

I am shocked and saddened to hear of Craig Zadan’s passing.
He was a tireless supporter of so many … including myself. He brought joy to countless people. He will be incredibly missed. Sending love and thoughts to his family and friends.

Craig Zadan, together with Neil Meron, made a career and a LIFE of bringing musical theater into homes and to people everywhere, how do you begin to express gratitude for such a wondrous thing #RIPCraigZadan