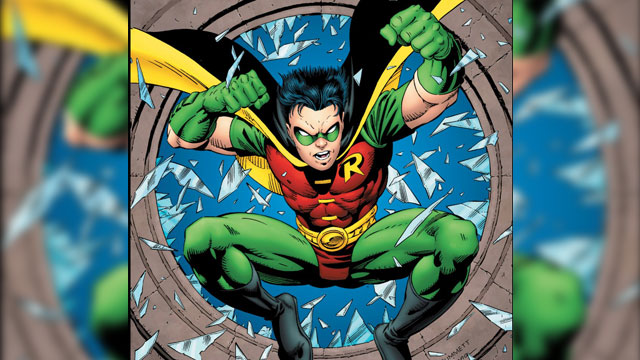 • Instinct Magazine: In the latest issue of Batman: Urban Legends, the caped crusader’s sidekick Robin (the Tim Drake version) was officially revealed to be bisexual. Lots of fans are thrilled, some not so much.

• PEOPLE: In her upcoming memoir All In, tennis legend Billie Jean King reveals that she and her “life partner” Ilana Kloss were secretly wed on October 18, 2018 by former NYC Mayor David Dinkins in his apartment on Manhattan’s Upper East Side.

• Los Angeles Times: California will be the first state in the nation to require all teachers and school staff to show proof of vaccination or submit to regular testing.

• Vice: In January, OAN interviewed an “expert mathematician” named Ed Solomon who claimed to have found evidence that the 2020 election was rigged by an algorithm. But according to a lawsuit filed against OAN by voting machine company Dominion, Solomon is actually a convicted drug dealer who “was working as an ‘installer’ at a swing set construction company at the time of the interview, and not a mathematician.

• Politico: A federal judge has ruled that Donald Trump’s accountants must turn over his 2017 & 2018 tax and financial records to a House committee investigating whether Trump and his businesses profited from his service in the White House.

• CNN: A nurse is being investigated by police in Germany for allegedly replacing Covid-19 vaccines with saline solution. The nurse replaced the vaccines – all given to seniors over 70 – between March and April this year at Roffhausen immunization center in Friesland, northwest Germany.