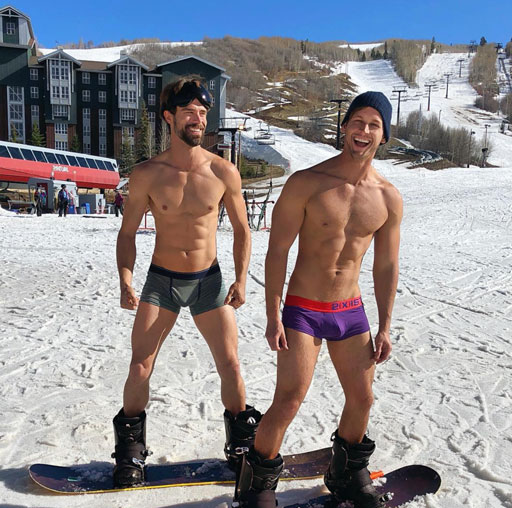 • Max Emerson and Abram Hodgens (above) know how to April in style! Oh, to be in Park City right now…

• Ok, so now I have to watch the upcoming all-athletes edition of Dancing with the Stars because oh-so-awesome Olympic bronze medalist Adam Rippon will be taking part in the reality competition. Two Olympic skaters have won in the past, so, just saying… 🙂

• Democratic Congressman Ruben Gallego on Donald Trump: “I will gladly work with the President when his ideas aren’t stupid and detrimental to the United States.” #SoundsAboutRight


• Hawaii has become the 7th state to legalize the right to medically assisted suicide. #Good #Dignity

• For a little #TBT action, I’m digging re-visiting American Idol alum Frenchie Davis’ single “Love’s Got A Hold On Me” from back in 2012. Oh – and are those hot, shirtless guys in there…?

I met and interviewed the openly bi singer during the promo for the single and she was an absolute doll.