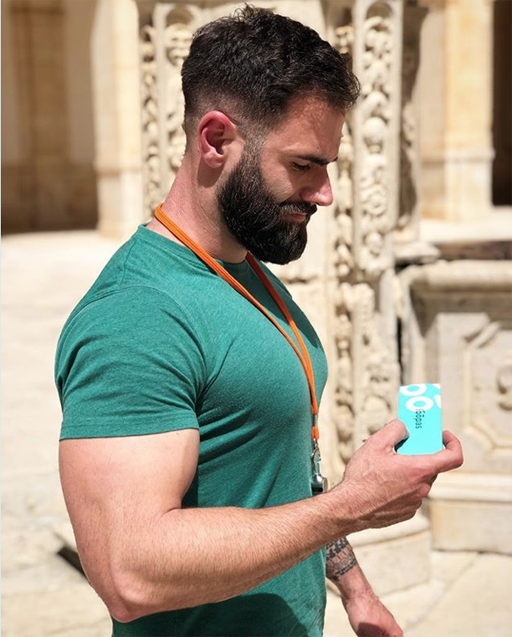 • Paleontologist Francesc Gascó is giving you serious beard and biceps (above).

• Democratic presidential hopeful Mayor Pete Buttigieg told CNN today he doesn’t have a problem with Vice President Mike Pence having religious beliefs, but added, “My problem is when those religious beliefs are used as an excuse to harm other people.”

• Sirius XM Radio has announced a new limited-time channel dedicated to the music of Cher.

• Former Congresswoman Michele Bachmann (R-MN) said that Donald Trump is the most “biblical” president America will ever have.

• The government of Brunei has defended its gay stoning law as a way to ‘nurture’ their citizens.

• According to reports, it could take up to three years to repair Notre Dame Cathedral after a fire completely destroyed its roof. Over $700 million has been pledged for its repair.

• Out Canadian singer-songwriter Mathew V has released the music video for his latest single, “Catching Feelings.” Directed by Gabriel Adelman, the video follows Mathew V through an extraterrestrial adventure set to an extremely danceable track.

“‘Catching Feelings’ can be counted as one of the first evocatively sun-soaked jams of 2019. Toned, smoothed out & soulful.” – EQ Music

His debut album, The Fifth, was released in the spring of 2018 and charted in both Canada and the US. The album earned critical acclaim from press outlets such as Nylon and Billboard, marking Mathew as an artist to watch.