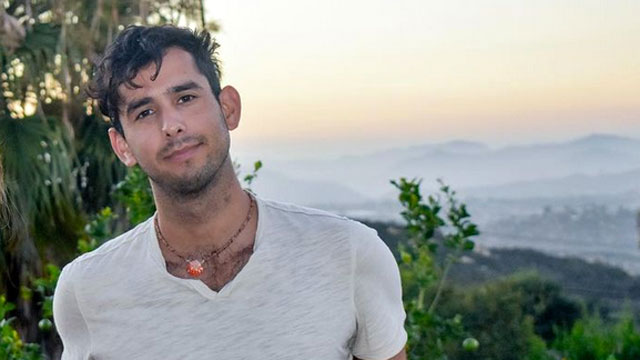 • Outsports: A gay surfer started an OnlyFans page to feel sexy, and apparently it’s working. Nick Vallejo (above) finds inner-peace in the ocean and confidence in front of the camera.

• Pink News: Arizona Republicans have passed an anti-LGBT+ bill that would allow parents to stop their kids from learning about queer people. The bill would also prohibit schools from providing sex-ed classes which include information about AIDS and HIV without parent’s permission.

• Instagram: Ivanka Trump celebrated getting her coronavirus vaccine shot on social media, and Republicans lost their minds leaving ugly comments. I’m still surprised they oppose the vaccines so much considering their lord and savior the Donald says he created them with his own two, itty-bitty hands.

• New York Times: While it is rare for the police to mistake their sidearms for their stun guns, it is even rarer for charges to be brought against them in such cases. A Times review of 15 other cases of so-called weapon confusion showed that only five of the officers were indicted. Just three received guilty verdicts.

• WIS News10: Richland County Sheriff Leon Lott confirms Sergeant First Class Jonathan Pentland had been arrested and charged with third-degree assault and battery after viral video footage showed him assaulting a young Black man on a public sidewalk. The charge carries a maximum penalty of a $500 fine or 30 days in jail.

• The Hill: A Minnesota man was arrested Wednesday for assault after he allegedly drove away while a police officer’s arm was trapped in his truck window. An officer was standing on the truck’s running board when Oeltjenbruns is accused of rolling up the window on his arm. The suspect then allegedly drove away at speeds of up to 40 miles per hour, leaving the officer hanging off the vehicle. Note: the accused was neither tased nor shot.

This happened yesterday in Minnesota, the suspect was a 61-year-old white man fleeing police. He wasn’t shot or tased. pic.twitter.com/FEq39kssC9