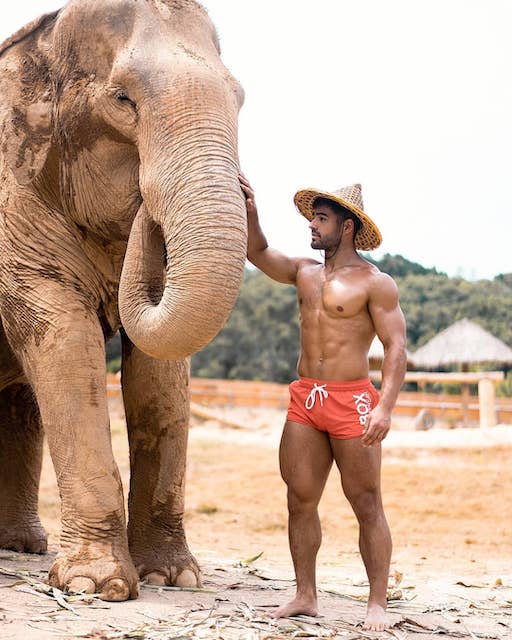 • InstaHunk Dan Tai gets up close to a mama elephant. If that’s not enough elephant action for you, check this baby elephant pretending to be brave. #ElephantsRock

• Following an overall trend of increased hate crimes since Donald Trump took office, a Colorado transgender man was attacked on his own front porch for “acting gay.”

• It’s National Siblings Day, so here’s a shout out to my brother, Gary, who I fought with throughout my childhood. But, as adults, we found common ground – wonder what that was…? #MoreWine

• A gay guy wrote an essay titled, “Why Pete Buttigieg Is Bad For Gays,” and he’s wrong.

• Hollywood powerhouse producer/director Ryan Murphy announced he will make the hit Broadway musical The Prom (about a high school girl asking another girl to the prom) into a Netflix movie.

• Testifying before Congress today, Education Secretary Betsy Devos admitted she knew rolling back Obama-era guidance that protected trans students would lead to lower attendance and depression for those students.

.@RepBonamici: “Did you know when you rolled back the guidance that the stress of harassment and discrimination can lead to lower attendance and grades as well as depression for transgender students?”

Secretary @BetsyDeVosED: “I do know that.” pic.twitter.com/nEMvk2sFUQ