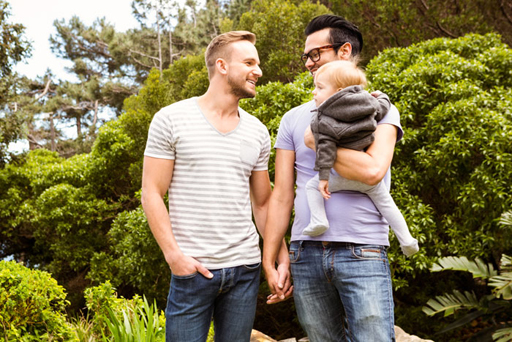 A new study indicates children raised by same-sex couples perform better in school than those of opposite-sex parents, reports The Washington Post.

Using government data tracking all children born between 1995 to 2005 in the Netherlands, researchers found children with same-sex parents scored higher on tests in elementary and secondary school, and had a seven percent higher likelihood of graduating from high school than children reared by a mom and dad.

A team of economists at research university KU Leuven in Belgium crunched the data which followed the children’s progress through primary school through high school.

The research was presented at the American Economic Association conference in Atlanta last month.

Educational performance, family income and more was utilized in the massive study which followed over 1 million children, including 1,200 children raised by same-sex parents.

The researchers noted that same-sex parents tended to be more financially well off, more educated, and older.

Because same-sex couples often have to access to pricey fertility treatments, higher wealth and a deep motivation to have children can play a big part in same-sex parenting.

As we all know, gay and lesbian couples don’t have children ‘by accident.’

“It is difficult for same-sex couples to obtain children so they have to have a high socioeconomic status,” said economist Deni Mazrekaj. “Research shows that socio-economic status positively influences the school outcome of children.”

Sometimes children become part of a same-sex family due to divorce between straight and gay parents. But that doesn’t necessarily mean those children were raised in same-sex family households.

Even when looking at children specifically born and raised in same-sex families, researchers noted higher educational performance when compared to heterosexual families.

Earlier studies have shown no real differences between children raised by heterosexual versus homosexual parents, although a 2014 study from the University of Melbourne in Australia indicated children of same-sex couples often exhibit happier and healthier behavior than those of opposite-sex parents.

That same report showed one of the biggest issues children of same-sex parents face is stigma.