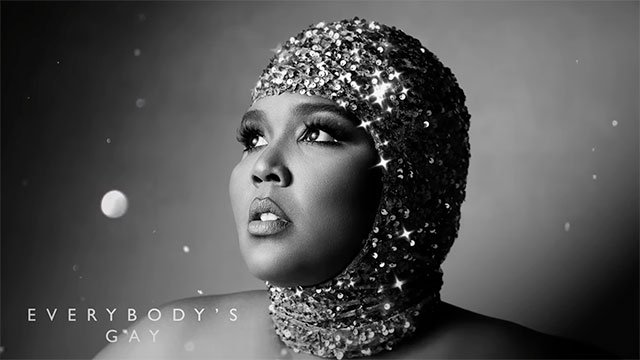 This morning Lizzo introduced two songs from the new album – “2B Loved (Am I Ready)” and the uplifting title track “Special” – with a celebratory live performance as part of NBC’s 2022 “Citi Concert Series on TODAY.”

“Everybody’s Gay” is an upbeat, happy dance kind of bop that has Lizzo feeling a “night out on the town” vibe and she is down for it.

The 34-year-old has described the new single as being about “living your best life, turning up, and dancing and just having some f**king fun” – i.e. peak gay agenda.

The track is a bop from start to finish (with definite Michael Jackson flavors) all about tripping to the beat in an LGBTQ bar of all stripes.

And yes, the fans are HAVING it…

Lizzo said “Everybody’s Gay” and that’s a fact. I don’t make the rules. Y’all are all gay now.

Along with the eagerly-awaited release of SPECIAL, Lizzo is celebrating a whopping six Emmy Award nominations for her #1 Amazon Prime Video Reality TV series Watch Out For The Big Grrrls, streaming now via Prime Video.

“We didn’t do this for awards, we did this for ourselves,” Lizzo writes in an Instagram post. “For the lives we touched making this… To shake up the industry… and show the world how BEAUTIFUL AND TALENTED WE AREEEEE!”

Lizzo joined Ryan Seacrest this morning to talk about the new album as well.