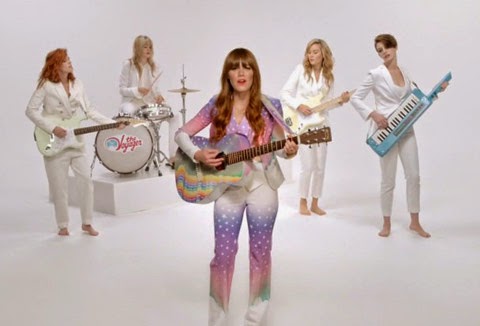 Six years since her last solo album, Jenny Lewis will debut The Voyager later this month.

Not only did she take on the task of recording the new album, she directed the music video for the first single – “Just One Of The Guys.”

She certainly knows what she’s doing when it comes to casting. Check out her back-up band here: Hollywood A-listers Anne Hathaway, Kristen Stewart and Brie Larson.