Composer, actor and vocalist Boychik, aka Ben Levi Ross, announces their poignant debut self-titled LP due out September 9, along with a brand new, stirring single and video, “Next to You.”

Boychik, the self-titled, ten-track body of work, has been years in the making. It’s one that carefully chronicles the deepest parts of the multi-disciplinary artist Boychik, and the multi-dimensional person, Ben.

It necessarily brings Boychik’s queer voice and lived experiences to the forefront, bearing their heart on their sleeve, but not without bandages and bruises.

“There’s a lot about the release of this record that scares me. I’ve sat on this music for many years. For a long time, writing music was a very private solitary act. But I found collaborators that created an environment for me to open up this music safely.”

Along with the announcement comes “Next to You,” an orchestral, elegant, anxiety-ridden love song, one that manages to be both solemn and hopeful at once.

Visually, the video is intimate and entrancing. It’s as if you were to reach out and touch it, the visual alchemy might burst like a delicate bubble. Boychik’s vocals are sensitive yet focused, with a touch of country/pop crossover flavor of a Roy Orbison or Linda Ronstadt.

Directed by Will Colacito and produced by Boychik, the music video follows the musician into a candle-lit dressing room of an empty cabaret bar. Putting on show makeup and stumbling through the empty bar, they peer into the camera lens, bringing viewers into their dream-like, solemn world, putting on the show of a lifetime for a crowd of no one.

In the grand tradition of Chicago, Cabaret, and Sunset Boulevard, Boychik joins the ranks of sad, drunken ladies, singing melancholy memories into the void.

PAPER Magazine called the video “is a strong extension of the romantic visual identity Boychik has put forth thus far. The camera follows them around a candle-lit dressing room inside an old cabaret bar, as they perform for an audience of none, following a long legacy of drunken women singing sad songs, like Diane Keaton as Annie Hall.” 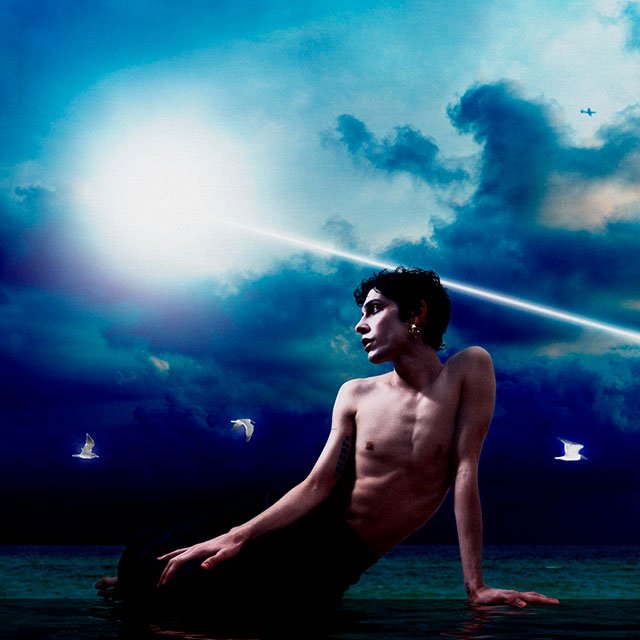 After a year of studying theater at the Carnegie Mellon School of Drama, Ross exited to join a national tour of Dear Evan Hansen, where they took the titular role from 2018-2019.

In 2020, they went on to star in the Kennedy Center’s production of Next to Normal and by 2021, they made their film debut in Netflix’s Tick..Tick..Boom!. Now, in 2022, Boychik’s artistry expands further into uncharted territory–filled with confidence, boldness and vulnerability–and much more.

“Next To You” is available now on all major music platforms.