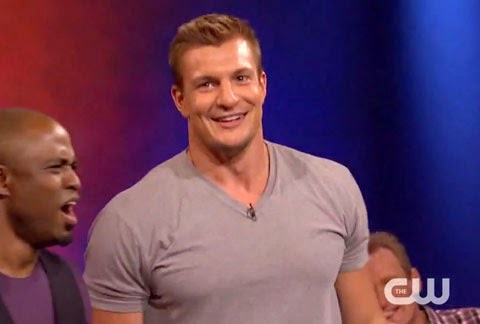 The New England Patriot’s Rob Gronkowsi gets his “gronkiest” as a guest on the long running “Whose Line Is It Anyway?”

After sharing his “secret” that he likes to dance with Wayne Brady and Jonathan Mangum, they improvise a stadium rock song as Gronk showcases his moves.

Later in the episode Gronkowski got in on the comedy with a few jokes NOT about chicken breasts.

I am a fan of the Gronk. 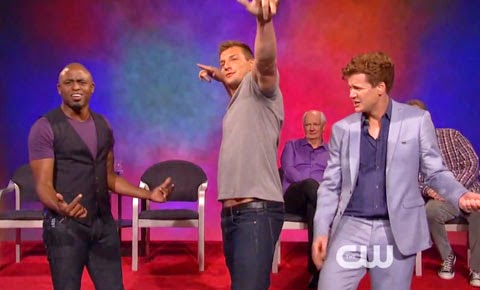