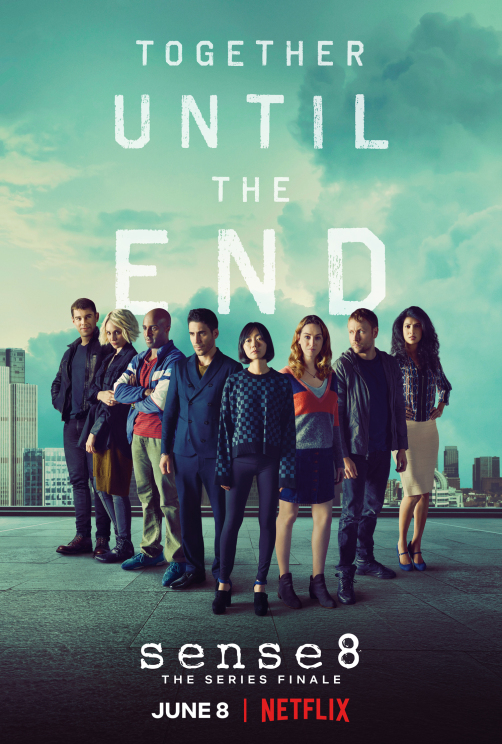 Fans of the Netflix sci-fi series Sense8 will get our long-awaited finale movie on June 8!

In making the announcement for the two-hour wrap-up movie, Netflix also unveiled the above graphic for the event.

According to press materials, in the series finale “personal lives are pushed aside as the cluster, their sidekicks and some unexpected allies band together for a rescue mission and BPO take-down in order to protect the future of all Sensates.”

The LGBT-inclusive series (two gay couples plus a transgender principal character) got its closing notice last year after only two seasons. Netflix blamed high costs – apparently $9 million per episode – for the cancellation.

But a fan-driven letter writing campaign swayed the streaming network to give fans a conclusion to the story which saw 8 individuals across the planet suddenly psychically bound to each other.

Check out the newly-released teaser below. See you all on June 8!