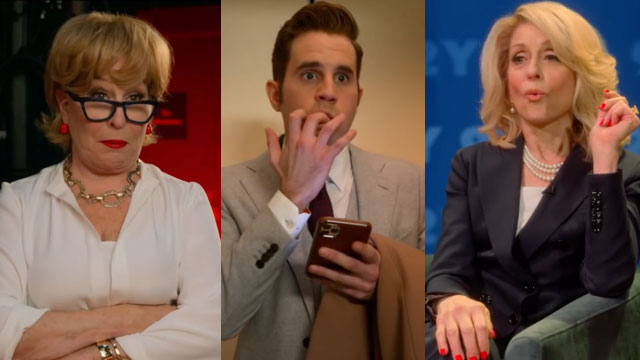 The gloves come off, and the claws are out.

Get ready for the spiciest and most iconic election battle in NYC history. Netflix’s The Politician returns June 19.

Check out the trailer for Season 2 of Ryan Murphy’s The Politician, pitting Ben Platt against Judith Light and Bette Midler as he attempts his next run for office.

The new season time jumps three years ahead from the end of Season One where our hero, Payton Hobart (Ben Platt), is now in his third year at Colombia University and has set his sights on unseating New York State Sen. Dede Standish (Judith Light), a longtime incumbent and currently serving as the Senate Majority Leader.

Bette Midler is along for the ride as Standish’s no-nonsense Chief of Staff, Hadassah Gold, who promises her boss, “We’re destroying him – you’ll thank me later.”

Standish’s reelection was supposed to be easy until Hobart jumped in the race.

All of this is part of Hobart’s master plan to eventually become president of the United States, a goal he’s held since he was seven-years-old.

The trailer moves at warp-speed dropping morsels of plot points including Hobart obtaining proof that Standish was in a throuple, campaigns bugging the other camps, and team members turning ‘double agents.’

And then there’s Midler demanding a staffer quickly purchase some “spicy lube.”