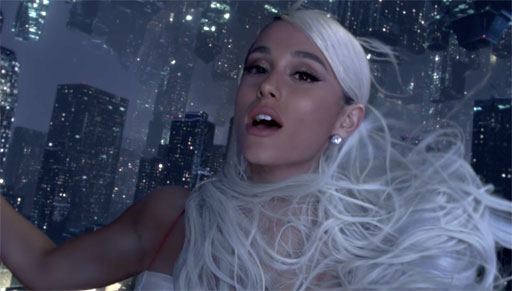 Ariana Grande’s new music video for “No Tears Left To Cry” is an eye-popping wonder of computer generated gorgeousness.

Directed by Grammy Award®-winning director Dave Meyers, the trippy video allows Grande to defy gravity as she floats, falls and pretty much stays off-balance through a series of CGI futuristic landscapes.

It’s easy to wonder if the metaphor was intended to represent Grande’s state of mind following the Manchester Arena terror attack during her concert last May, which killed 23 people and wounded approximately 500.