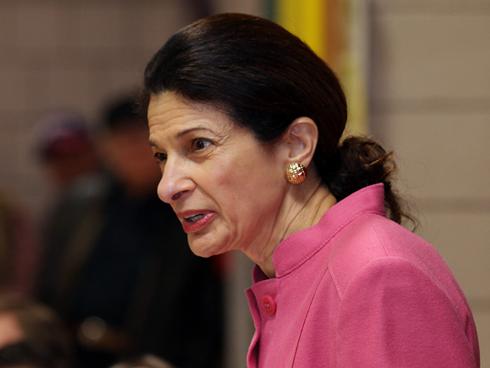 Believe it or not, this actually makes me a bit sad. GOP Senator Olympia Snowe (Maine) has decided to retire at the end of her current term.

Sen. Olympia Snowe from Maine is one of the few good, moderate, “willing to work with Dems” Republicans left. She has shown a lot of intelligence and ability to get things done.

“Unfortunately, I do not realistically expect the partisanship of recent years in the Senate to change over the short term,” she said in a statement explaining her decision to retire. Snowe said her ability to win re-election was not at issue—she was heavily favored to win re-election. Her exit gives Democrats a new opportunity to be pick up a GOP-held seat in a year where they are fighting to hold on to control of the Senate. Democrats currently control the chamber with a 53-47 split, with 2 independent senators caucusing with Democrats.

Snowe has a 78% rating from the HRC on LGBT issues. She supported the Hate Crimes Act, the repeal of DADT, and voted against the Federal Marriage Amendment. In 2009 she was the Senate cosponsor of the fully-inclusive ENDA.

While it is a good chance for the Dems to pick up a seat, I do have great respect for Sen. Snowe.