In his new single, out singer/songwriter Milahroy feels ‘The Rush‘ – which explores the push/pull of wanting to grow up fast while realizing that life can rush by in a blink of an eye.

The guitar-driven track opens with a pensive, reflective mood which quickly evolves into strong, muscular percussion underscoring a sense of confidence and encouragement.

Milahroy’s impressive vocals move with equal ease from airy yearning to clear bell-tone falsetto to rich baritone echoing the growth that comes from a life being lived.

I had a chance to chat with the talented artist about the complex nature of the “The Rush” and more.

The Randy Report: What was the inspiration for the song? The lyrics suggest a story in there.

Milahroy: There is a story – I wanted this song to sound like what growing up is.

From the time when I began writing this to its release, there’s been a lot of reworking within the song. What it meant to me while I wrote it isn’t what I means to me now.

For instance, I remember sitting on the floor by the fireplace with my mom, dramatizing at 13: “I can’t wait to be able to drive!” “I’m going to have so many tattoos!” “I can’t wait to have my own place!”

With every milestone I achieved, the blinks kept blending together and my life started to rush before my eyes. I haven’t been able to stop it since.

All of that is what this song is to me. It’s the rush of growing older. But when I wrote it, I was dating someone twice my age and I believe that sparked this song as well. 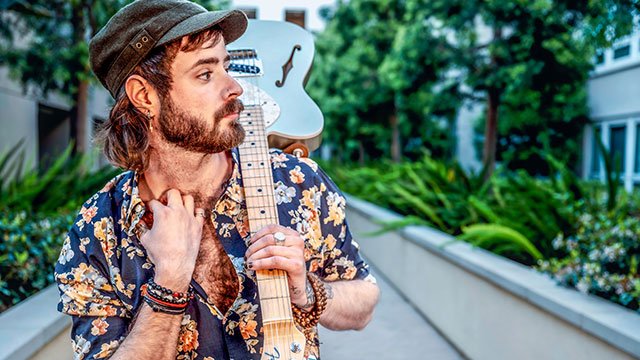 TRR: Musically, the guitar-driven track seems to pulse with an undercurrent of impatience or restlessness. Did you have a sound in mind when you began creating the song?

Milahroy: Growing up has a lot of impatience, & restlessness, too. Both of which I felt/feel. So sonically, that’s where the song went.

I was aiming for the euphoric feeling of reflection. I’m all about introspection, as you know by now LOL. From the pre-chorus “I still taste your cigarettes” to the chorus “boy you’re too young” somehow going from my chest voice then entering my head voice it made the melody feel more pensive. 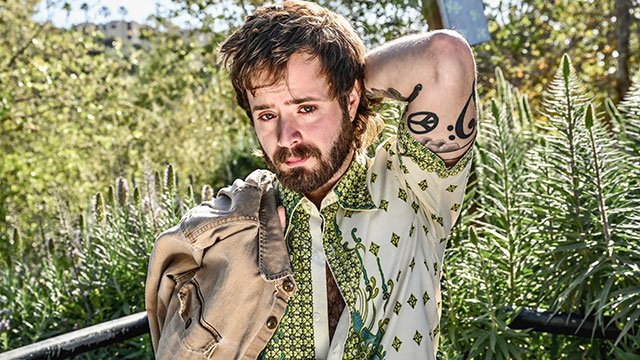 TRR: What does ‘walk before you run’ mean to you in regard to “The Rush?”

Milahroy: I felt while writing these lyrics on the balcony of my childhood home, in order to run, we must learn to walk. But, before we know it – we will be sprinting. And when we think we’ve “stopped,” we will still be moving just as fast.

Somehow when you realize how quick life moves, you cherish moments more often. But it doesn’t slow them down.

There was lots of juxtaposition in this song. On one hand contradicting those who told me to slow down and enjoy life as it comes while seemingly rush forward, while at the same time now having an understanding of what they meant. 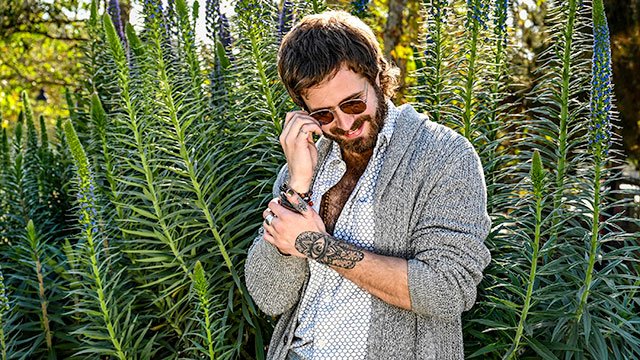 TRR: With COVID loosening its hold on getting back out into life, are there any plans for live performances on your radar?

Milahroy: YES to live shows! I am in the middle of of planning some for this summer here in LA! I’m also working on dropping an EP this summer that I recorded back at Berklee College of Music studios.

Plus – listen for “The Rush” to be featured in Season Two episode 6 of HBO Max’s The Flight Attendant!

“The Rush” is the second track to be included on The Flight Attendant soundtrack as his earlier release, “D.F.O. (Don’t Freak Out)” was featured in an episode in Season One.

“The Rush” is available to stream now on all major digital music platforms, and you can follow Milahroy on Instagram here.