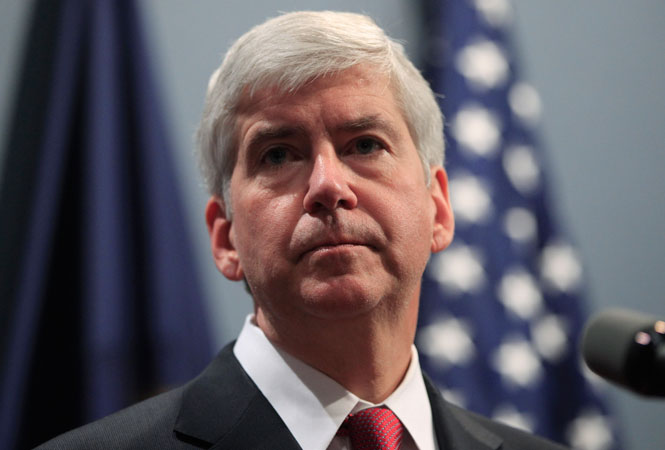 The press release from Michigan Gov. Snyder’s office spins the law as “ensuring that as many children are adopted to as many loving families as possible” and yet it throws up a road block to doing just that.

From the Governor’s press release:

Gov. Rick Snyder today signed legislation ensuring Michigan children up for adoption have the greatest opportunity to be placed in loving homes. “The state has made significant progress in finding more forever homes for Michigan kids in recent years and that wouldn’t be possible without the public-private partnerships that facilitate the adoption process,” Snyder said. “We are focused on ensuring that as many children are adopted to as many loving families as possible regardless of their makeup.”

House Bills 4188, 4189 and 4190, sponsored by lawmakers from both parties — state Reps. Andrea LaFontaine, R-Columbus Township, Harvey Santana, D-Detroit, and Eric Leutheuser, R-Hillsdale, respectively, help continue Michigan’s successful placement of children with loving families by codifying current adoption practices within the state. Under the legislation, faith-based agencies that contract with the Michigan Department of Health and Human Services can operate in accordance with their beliefs.

The bills also require child placement agencies that decline any services to prospective parents to promptly provide information and a list of alternative adoption agencies willing and able to serve them. They do not change current practices in Michigan, but prevent faith-based agencies from having policies forced on them that violate their religious beliefs, which have resulted in agencies closing in Massachusetts, Illinois, California, and Washington, D.C.

The Detroit Free-Press: “Critics of the bills have derided the legislation as state-sanctioned discrimination against same-sex and unmarried couples — especially because many of the faith-based agencies receive public funding from the state.”

“Governor Rick Snyder has proven today that he has utter disdain for the welfare of children in Michigan and that he cares only about empowering backwards discrimination,” said HRC President Chad Griffin. “This legislation keeps children in need out of the loving homes they deserve, and it sets this great state back decades.”