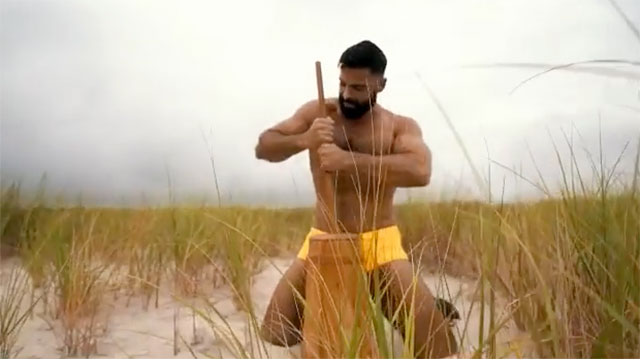 If you tend to watch RPDR live, you may be familiar with the ad spots that have sponsored the show since 2012.

The clip began airing during the show this week on VH1 in NYC, Los Angeles, Chicago, South Florida on VH1 and nationwide in Canada on OutTV.

This is Rodriguez’s second ad spot for the company. Past hotties featured in the ads include Seth Fornea and Samuel Lemar.

Shot on location on Fire Island, the spot – directed by Daniel Robinson – is perfect in its simplicity: hot shirtless guy intently focused on churning butter in the dunes.

Who doesn’t love a good metaphor?