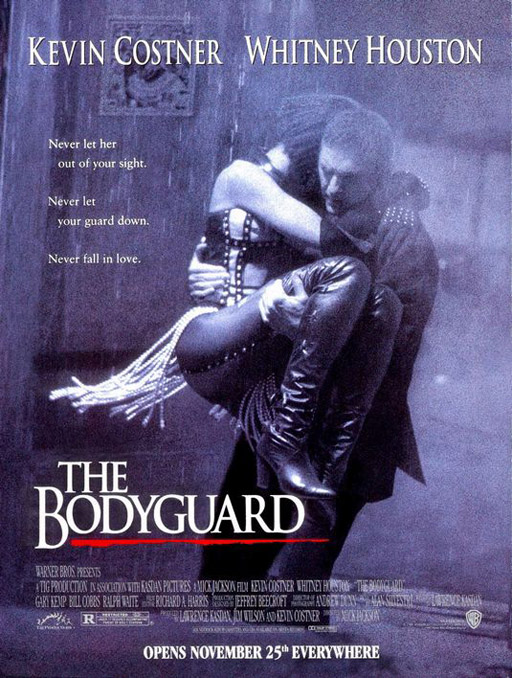 Twenty-four years ago today, Whitney Houston made her cinematic debut in The Bodyguard, also starring Kevin Costner, which went on to gross $441 million worldwide making it the second-highest earner of 1992.

I remember seeing the flick that Thanksgiving weekend on the Upper West Side of Manhattan with my bff, Carlye. We loved her. We loved him. At a particularly climactic moment – when Costner dove through a window to save Whitney, a group of African-American women behind us in the audience screamed and then yelled, “My man Kevin!!!!”

The soundtrack is the best-selling of all time, notching over 45 million copies sold worldwide.

The soundtrack features five songs which were hit singles for Houston: “I Will Always Love You”, “I’m Every Woman”, the two Oscar-nominated songs, “I Have Nothing” and “Run to You”, and “Queen of the Night”.

Sit back and enjoy the glorious vocals from the Dolly Parton-penned lead single, “I Will Always Love You,” which showcases Houston arguably at her zenith.