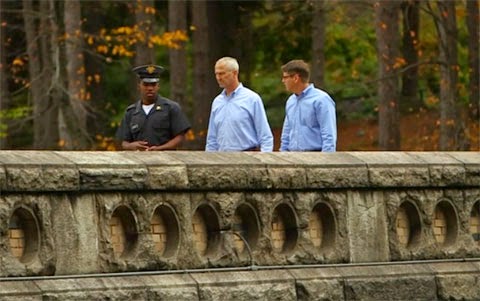 Max Lenox is a senior at West Point and co-captain of the basketball team for the second year.

But there’s a LOT more to the story than simply “teenager excels at life.” A lot more.

Max Lenox is a senior at the U.S. Military Academy. But wait: His path there has not been storybook pat. Lenox will be the first to tell you he is no genius. He flunked two classes as a freshman and almost got kicked out; like Gen. George Patton, Lenox is a “turnback,” a cadet forced to repeat his plebe year and to graduate late. Last year, in a class of 1,084, he was ranked No. 903.

It’s important to note in watching Max’s story and reading his life journey that the haters who would deny loving gay or lesbian couples the right to marry and raise kids is supposedly based on the idea that gay couples don’t make for a stable and supportive environment for kids. With that in mind, I’d love to know where folks like Brian Brown of the anti-gay National Organization for Marriage would have preferred to see Max Lenox end up?

Watch the short video below, then read the mucho inspiring story of Max and his parents at SI.