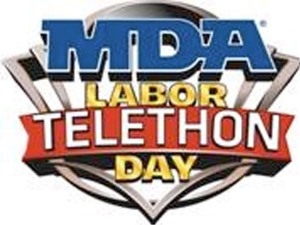 Despite the absence of longtime veteran host Jerry Lewis, the Muscular Dystrophy Association telethon’s broadcast went on and had what the MDA is saying its best showing since 2008.

So You Think You Can Dance judge Nygel Lythgoe was joined by co-hosts Nancy O’Dell, Jann Carl and Alison Sweeney during the six-hour live broadcast on Sunday night.

According to MDA officials, the 46th annual Labor Day weekend event raised nearly $61.5 million, about $2.6 million more than last year, reports the Associated Press. The telethon was shortened from more than 20 hours of broadcast time last year.
(via usatoday.com)