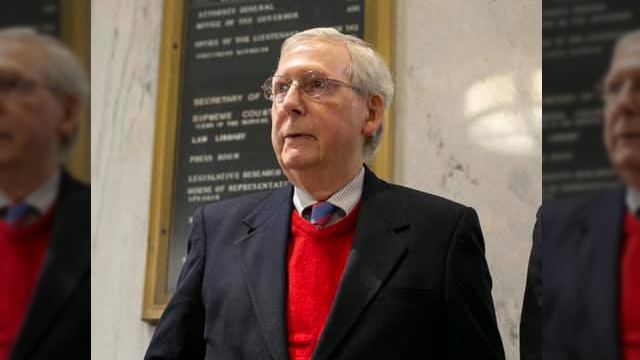 Senator Mitch McConnell of Kentucky, the Republican leader, told senators on Thursday that he planned to ask Democrats to delay the start of former President Donald J. Trump’s impeachment trial until early February to allow Mr. Trump’s legal team time to prepare a defense, according to a person familiar with his remarks.

The proposal emerged as Mr. McConnell and Senator Chuck Schumer, Democrat of New York and the incoming majority leader, haggled privately behind the scenes over the timing and structure of the proceeding and Speaker Nancy Pelosi refused again to say when she would transmit the impeachment charge to the Senate, thus prompting the start of the trial.

McConnell wants to give Trump’s team two weeks to prepare for trial; Dems have yet to agree to this. On a call with GOP senators, McConnell indicated he was in no rush, per sources on call. McConnell argues that defense teams have had more time to prepare in past trial, per sens