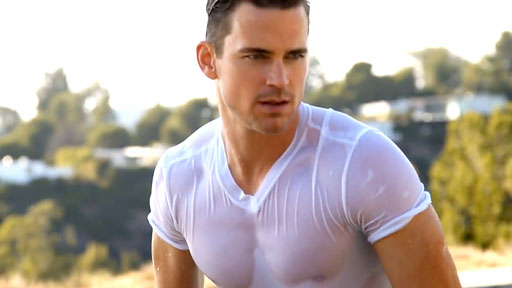 Magic Mike/White Collar star Matt Bomer dropped by The Tonight Show recently to chat on his Broadway debut in the revival of the gay-themed play, The Boys in the Band.

Bomer shared with Jimmy Fallon how during one of the performances of the play he didn’t check his props. That prop in question would be the towel he is supposed to wear after a shower onstage.

“My character takes a shower within the first five minutes of the play,” the handsome actor explained. “And I realized there was no towel for me when I got out of the shower.”

Bomer realized he had two options: either do the rest of the scene naked or put his underwear back on his soaking wet body.

Apparently, the wet underwear got the nod which means everyone won!

It’ll be the teen’s first awards show, but he assured his dad, “I know there’ll be a lot of people there but I don’t crack under pressure.”

In a sign Kit has been around show biz, he did add, “But, is someone going to do my hair?”

Clearly, the apple doesn’t fall very far from the tree…